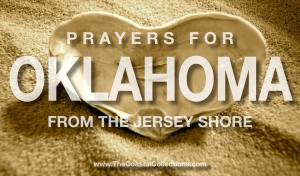 I live in northern New Jersey. New Jersey is a pretty small state. Not as small as some, but fairly small as far as these United States go. Last fall, we were hit with a terrible natural disaster.

I don’t live on the beach or ‘down the shore’ as most of us native Joisey-ites know it.  But ‘down the shore’ is a huge part in the life and times of most of the people of NY, NJ and PA, and many memories of good times makes these places ‘our own.’

In my home state, the natural disaster known as “Hurricane Sandy” touched almost everyone I know in some way, whether, like me and my family, it was only the inconvenience of living without heat and electricity for more than a week while waiting in miles of long lines for gas for your car or your generators (if lucky enough to own one.) Or, living without homes that were either under water or blown down by the damaging winds and without jobs like a lot of the people on the shoreline who were hit the hardest and have suffered the longest have had to endure.

Over six months later, our  federal government is continuing to play politics with these people’s lives, lack of habitable homes and loss of livelihoods. There are real HUMAN BEINGS, men, women, children, mothers, fathers, grandparents; continuing to live in temporary shelters while not knowing when federal disaster aid will finally be released to help them rebuild their lives as our elected representatives play their political games.

Now it is May. Another terrible natural disaster in Moore, Oklahoma. Men, women and children in shock over the loss of life, loss of homes, businesses, livelihoods. Pets and friends and family members; gone. Natural disasters are terrible like that. Striking rich and poor, making no distinctions for wealth or lack thereof.

I’ve woken up to the horrible images on TV, to blog posts calling for a stop to the politics and immediate relief for those suffering, and to those same compassion-less voices who were spouting off their opinions that people should not build houses near the beach back in October, spouting off today about people who should not live in trailers in tornado-prone areas.

Yes,  it surely is our own fault for living in the areas where we were born and raised; for loving where our families have roots, and for daring to count on the former love, compassion and generosity of our fellow Americans to help out when a natural disaster strikes. As I am composing this, it is being reported that Senator Tom Coburn (R-OK), a REPRESENTATIVE OF THE PEOPLE OF OKLAHOMA, is refusing to even discuss disaster relief for the Moore, OK area unless cuts are made elsewhere in the federal budget to pay for this relief. Ugh.

I pray that the people of Moore do not have to deal with the political game-playing of the representatives who hold all of our futures in their hands, as my fellow Jersey residents have had to deal with, although I know that is naive of me.

I pray that the people in Oklahoma who are suffering can close their hearts and minds and ears to all the negative boneheads spouting off their heartless opinions about putting themselves in harm’s way by living where they choose to live.

Open your eyes and minds and hearts to those of us, who, although maybe not the of same religion as you are (perhaps even non-religious) or the same race as you, or not of the same political leaning as you, not of the same opinion of marriage equality, or abortion, or sex-education; all of us who are THERE with you anyway, either with our thoughts and prayers, with our dollars sent for your relief, our donations of clothing or food or water or whatever we can manage to send; our physical bodies and our hands and brains and skills as builders,  plumbers, electricians, public service employees, demolition volunteers, search and rescue teams; whether under the flag of a  progressive, non-religious humanitarian team, or a conservative, religious group of any denomination, spreading love and compassion and real measurable 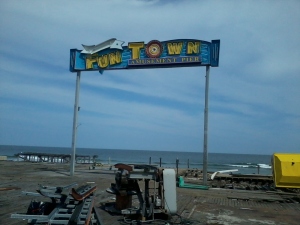 Yes, keep your eyes on the kindness and compassion of strangers.  TRULY SEE those strangers who you might normally think were not capable of such humanity.

This is how love CAN survive in such a graceless age. (Thanks to Don Henley for the lyrics to END OF THE INNOCENCE.)

6 thoughts on “We All Need a Little Tenderness…how can love survive in such a graceless age?”